The ten best managers at Euro 2020

Being the manager of a national team appears incredibly challenging. With no transfers available to mould the team and change style, international football management is all about doing the best with what you’ve got.

Added to that, these managers only get minimal time to invest with their squads before major competitions.

Because of this, it is difficult to conclude which managers are better than others, and which are simply recipients of great players. However, here at 101, we have tried to do just that.

Perhaps the most rogue name on this list, 59-year-old Jaroslav Silhavy has never played or managed outside of the Czech Republic. However, under his leadership, the Czechs are one of the dark horses for the competition.

Silhavy has been the Czech manager since 2018, and he has managed to ensure that the Czech record of competing at every Euros so far has continued.

When it comes to tactics, Silhavy’s preferred formation is 4-5-1 though he has also deployed 4-4-2 against weaker teams.

In England’s group for both the qualifying rounds and the group stages of the tournament, they defeated the Three Lions in the qualifiers way back in 2019, although they did lose the reverse fixture 5-0.

Blessed with Premier League players Thomas Soucek and Vladimir Coufal as well as a host of Slavia Prague options, the Czechs will fancy their chances of finishing in second or third in a group containing England, Croatia and Scotland.

Petkovic has not experienced a lot of success by way of trophies in his managerial career. A sole Coppa Italia with Lazio in 2013 is in fact his only major honour. However, the Switzerland national team coach is one of the most seasoned faces in international football.

Petkovic took charge of Switzerland in 2014. Under his watch, the Swiss reached the last-16 at Euro 2016 and the 2018 World Cup. That’s pretty remarkable.

Petkovic is known for playing with wing-backs, which allow the Swiss to attack as a 3-4-1-2 united, while defending in a 5-2-1-2 formation.

Petkovic has plenty of quality players in his squad. Granit Xhaka and Xherdan Shaqiri are mainstays in the side, while Bundesliga duo Denis Zakaria and Manuel Akanji having improved significantly over the last 12 months.

In a group with Italy, Turkey and Wales, Switzerland will fancy their chances of making a third consecutive round of 16, and potentially even further this summer.

Zlatko Dalic will be well aware that this may be his most difficult tournament yet. With Croatia’s golden generation disappearing into international retirement, this may be their last chance for a major international trophy.

Appointed in October 2017, Dalic led Croatia to an unlikely yet impressive 2018 World Cup final, beating England and Argentina along the way.

With much of that squad now into its 30s, he will be relying on the likes of Mislav Orsic and Domagoj Bradaric to bring some energy to the side.

In a group with England, Scotland and the Czech Republic, the Croats should qualify for the knockout stages, although it remains to be seen how much further Dalic can take this ageing squad.

Famously in charge of Wigan’s 2013 FA cup win, Roberto Martinez is now in charge of the Belgian national side.

Martinez’s time with the Red Devils has so far been a relative success. At the 2018 World Cup, the Spaniard lead Belgium to their best-ever finish, beating England in the 3rd-placed playoff.

Martinez was unfortunate to lose to eventual winners France in the semi-finals, but certainly did the Belgian national team justice.

Belgium have continued to improve too. In September 2018, just three months after losing the World Cup final, the Red Devils rose to take the number 1 FIFA world ranking: a title they still hold heading into the European Championships.

With a vast array of talent at his disposal, Martinez’s Belgium are expected to go far in the tournament. They’ve been handed a fairly straightforward group containing Finland, Denmark and Russia.

Gareth Southgate felt like an odd selection for the England national team manager when he was appointed in 2016.

Having been in charge of the England U21s, the ex-England defender had very little management experience at the top level.

Three seasons at Middlesbrough, which culminated in relegation, was all Southgate had on his CV. Yet, there’s no question he has exceeded expectations with England.

The 2018 World Cup saw England reach the semi-final stages, ultimately suffering heartbreak at the hands of Croatia. However, the togetherness and foundations which Southgate was able to create within the squad were truly impressive.

Some may still question whether Southgate has the tactical nous to win a major tournament with England. However, one thing which Southgate has demonstrated throughout his England managerial career is that he’s far from a dummy.

Southgate also appears to have adapted from someone who played 3 at the back against Pamana at the last World Cup, to a manager who was open to picking 4 right-backs in the same squad this time around.

Blessed with incredible players to choose from, Southgate has said that anything less than reaching the final four at Euro 2020 would be a failure.

Still manager of the German national team, just, this will be Joachim Low’s last tournament in charge, with Hansi Flick due to take over proceedings shortly.

Whilst Low will be remembered both for his successes and failures with the national team, his success at the 2014 World Cup demonstrated his ability as a manager. 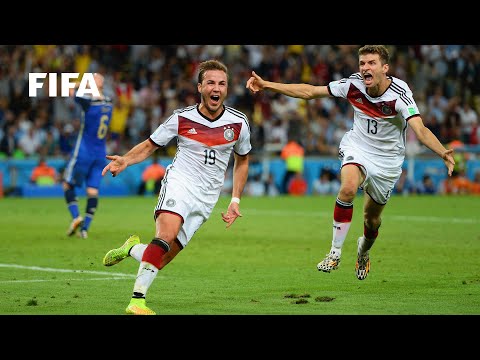 Low will have to be at his best to help Germany go far at Euro 2020, however. He has a patchwork squad featuring an overload of midfielders and a clear lack of full-backs.

Despite having Joshua Kimmich, Leon Goretzka, Ilkay Gundogan, Toni Kroos, Thomas Muller and Kai Havertz that can all play across the midfield, it may be a tournament that comes too soon for Die Manschaaft.

It would be a sad way to end for Joachim Low, compounding his failure in 2018, but his success in the early years of his reign suggests that he is still a very competent manager.

Whisper it quietly, but Italy might be quite good this summer. This is largely down to Roberto Mancini, who has taken it upon himself to blood the next generation of Italian superstars.

Mancini, of course, had plenty of experience at club level before taking the Azzurri job. He’s enjoyedd success at five different clubs, most notably winning five domestic trophies across three seasons at Inter Milan. He also led Manchester City to their first-ever Premier League title in the 2011-2012 season, which featured that Aguero moment.

Now, Mancini has turned his attention to the Italian national side. Blending youth with experience, Mancini has created a strong side with an exceptional midfield, providing that key man Marco Verratti is fit.

In a relatively tricky group featuring Wales, Turkey and Switzerland, it will be fascinating to see how the Azurri negotiate their way to the knockout rounds.

Playing at home in the group phase, however, Mancini’s Italy could go farther than many expect this summer.

Having been in management since 1988, Portugal boss Fernando Santos has managed a lot of teams. None of them, however, have been as exciting as his current side.

Spearheaded by Cristiano Ronaldo, Portugal have a wealth of talent all over the pitch, and the production line shows no signs of slowing.

Santos has led the nation to Nations League success in 2019 and will be keen to defend the Euro title that they procured in 2016.

With the likes of Ruben Dias and Joao Cancelo, Santos has readymade winners at his disposal. Yet the manager must be credited with his trust in youth, for example, his handling and development of youngster Nuno Mendes.

The Portuguese will be looking to bounce back from their last major tournament performance, where they tamely bowed out to Uruguay at the quarter-final stages of the 2018 World Cup. They certainly have the talent to prevent this from happening again.

Spanish boss Luis Enrique is yet to coach his national side at a major tournament, but has significant pedigree managing Barcelona and Celta Vigo in La Liga.

Enrique spent three years with Barcelona. In his first season the Catalans won the treble, the pinnacle of which was a 1-0 win over Juventus in the Champions League final. This achievement was rewarded with the Spaniard picking up the FIFA Coach of the Year award.

Enrique then led the Catalan club to a domestic double the following season, scooping up the La Liga title and the Copa Del Rey.

Now in charge of La Furia Roja, Enrique has already made some bold decisions before Euro 2020 begun.

Enrique has managed to pick a Spanish squad without a single Real Madrid player in it, and he has also opted to take just 24 players, despite being permitted to take up to 26.

It remains to be seen if these decisions will pay off. Yet, with a young and talented squad, however, Luis Enrique may well be able to exceed expectations.

Getting the most out of all the talent available is one of an international manager’s key roles, and one that Didier Deschamps learned the hard way as France boss.

Taking over in 2012, he and France scraped through the group stages of the 2014 World Cup, eventually losing to Brazil in the quarter-finals.

Two years later, he coached his side to the final of Euro 2016, losing 1-0 to Portugal in extra time, though it was Les Blues that probably edged the performance.

It proved to be third time lucky for Deschamps however, as his side lifted the 2018 World Cup, entertaining the world on the way. What was perhaps most impressive about the star-studded squad was the use of players who perhaps would not have been other coaches’ first choice, for the sake of team harmony and cohesiveness. 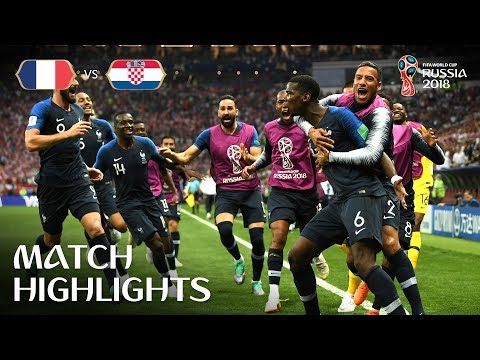 The most prominent example of this was the use of Olivier Giroud, despite other options being available, but Blaise Matuidi also found his way into the side despite indifferent form for his then-club Juventus.

It is often difficult not to pick big name players in favour of team cohesion, but it appears to be a skill that Didier Deschamps has slowly been perfecting, although how the inclusion of Karim Benzema will affect this remains to be seen.

Having won the 2018 World Cup and still retaining most of that side three years later, anything other than another trophy will be considered a failure, but the French are favourites for a reason.